This post may contain affiliate links. You may read my Disclosure Policy here.
Check out my FREE 6 SIMPLE STEPS ON HOW TO PRAY GUIDE! It's the perfect tool for Christians to improve their quality of prayers to God! Get itHERE

As a Christian, I have been asked many questions about my beliefs. I will admit that one of my most daunting bible conversations took place a couple of years ago. A coworker asked me to prove that the bible is scientifically accurate. (Gulp!)

I felt as if I was back in high school and asked to explain something to the rest of the class that I was uncertain of. I KNOW that the bible is scientifically accurate. In fact, it is accurate in all subjects.

But how do I prove it? How would you answer the question: Is the bible scientifically accurate?

In this post, I will show you three bible examples I used to respond to my coworker (after I went home to do additional research of course.)

My hope is to help you answer this question, for yourself or if you are ever asked to prove it. Ultimately, my goal is to strengthen your faith in the accuracy of the bible.

How Is the Earth Suspended? – The Myths 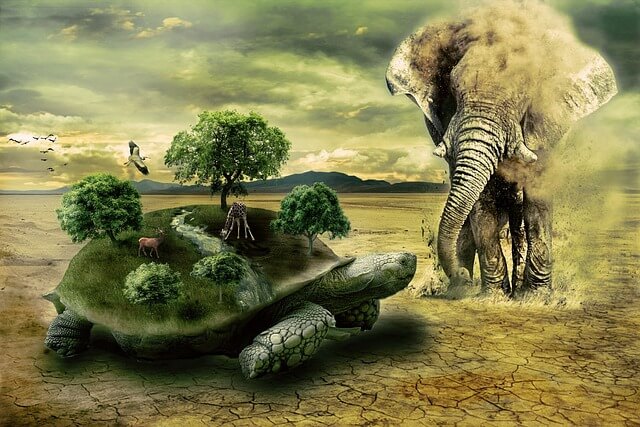 I want to begin by letting you know that I shared with my coworker the results of my research on our lunch hour (just in case my former employer is reading this and thinks we were wasting company’s time discussing the bible instead of working.)

My first scientific and biblical connection was regarding how the earth is suspended. Centuries ago, depending on your culture and what part of the earth you lived, you were taught varying ways that the earth was suspended.

Some beliefs on how the earth is suspended included:

It may sound ridiculous to us today but that was our ancestors’ reality. Keep in mind that back then, they could not even be sure that the sun would rise the next day.

This was why the prayed to different gods such as the gods of the sun, moon, rain and harvest. They made any sacrifice they thought was required to please these gods and ensure their survival.

Today we know that these sacrifices were completely unnecessary. For those that had access to the bible and read it, they would have been assured of the laws of nature.

They would have known that exactly why the earth doesn’t float away into space. This intro led to me sharing the first scriptural evidence with him.

According to the bible book of Job chapter 26 verse 7,

He stretches the northern skies over empty space; he hangs the earth on nothing. (Christian Standard Bible)

That’s it. Simple as that. No more explanation needed. Okay, just a short one.

Job uses chapter 26 to expound on God’s power and glory as The Creator. Not just the creator of humans on earth, but of the entire universe and everything in it.

He knew that the Almighty God did not need a giant person or animal to bear the physical weight of the world.

God wisely put in place systems that work so planets would function perfectly. These systems include gravity, the rotation of planets on its axis and the revolution of planets around the sun.

Do these systems work? Since we are not helplessly floating around in the air and planets aren’t colliding or burning up in the sun, I would say so! By this point in our discussion, I could tell that my coworker was interested.

Since the subject of the shape of the earth was earlier introduced, this allowed me to transition into my second scientific fact.

Flat VS. Round- The Debate on The Shape of The Earth

During the Middle Ages, it was thought that the earth was flat. We can only imagine the fear of people as they went fishing in their boats, not knowing if they would sail off the edge of the earth.

I explained to my coworker that one of the prevailing reasons for this “flat earth” theory was to challenge the belief of creationism.

History shows that there is a constant battle between religion and science. This makes sense as this entire post stems from the Religion VS. Science question raised by my colleague. So what scripture did I use to show what the shape of the earth is?

Flat VS. Round-The Bible’s Answer on the Shape of The Earth (Isaiah 40:22) 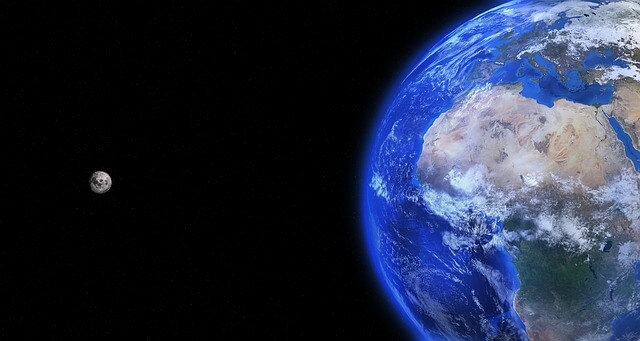 Together, my coworker and I turned to the scripture found in Isaiah chapter 40 verse 22 which says,

God is enthroned above the circle of the earth; its inhabitants are like grasshoppers. He stretches out the heavens like thin cloth and spreads them out like a tent to live in. (Christian Standard Bible)

The bible makes the shape of the earth clear. It is spherical or circular in shape.

Scientists, philosophers and mathematicians have spent considerable time and money to prove something that the bible clearly states. Based on their observations and calculations, the earth is round, and they are all in agreement of this fact.

Of course, with modern technology, we have satellites that we can look at and view the earth from outer space. At this point, I was able to conclude with the final scriptural proof found in Ecclesiastes chapter 1 verse 7.

What the Bible Says About the Water Cycle (Ecclesiastes 1:7)

I used my final scripture, Ecclesiastes chapter 1 verse 7 to convince my coworker of the accuracy of the bible when it speaks of science. It reads,

There is no confusion in the bible as to how the water cycle works. This verse explains how the streams and rivers are fed by water that has evaporated from the sea and other water sources. The water then falls back down to the earth as rain, snow or hail.

Sometimes the water cycle can lead to severe water conditions such as hurricanes and tsunamis. You can read more on how you can protect yourself during natural disasters in another post that I wrote.

My coworker also enjoyed the short video below from Have Fun Teaching. He has a six-year-old son who really appreciated and learned from it. Personally, I wish we had fun videos like this in science class when I was in school!

The Results of My Scientific Research on The Bible

What was the result of my simple yet enthusiastic presentation on the bible’s scientific accuracy to my coworker? Was I miraculously 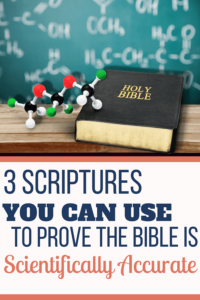 able to convert him to Christianity?

No, at least not yet.

However, I did convince him that although the bible is not a science textbook when it does discuss scientific matters, it is always precise and truthful.

Thank you for reading these scriptural gems I found in the bible! What other scriptures in the bible do you know that can be used to prove that it is scientifically accurate? Please share in the comments below!

« Welcome!
The Bible’s Guide to Why We Suffer | Hope for the Future! » 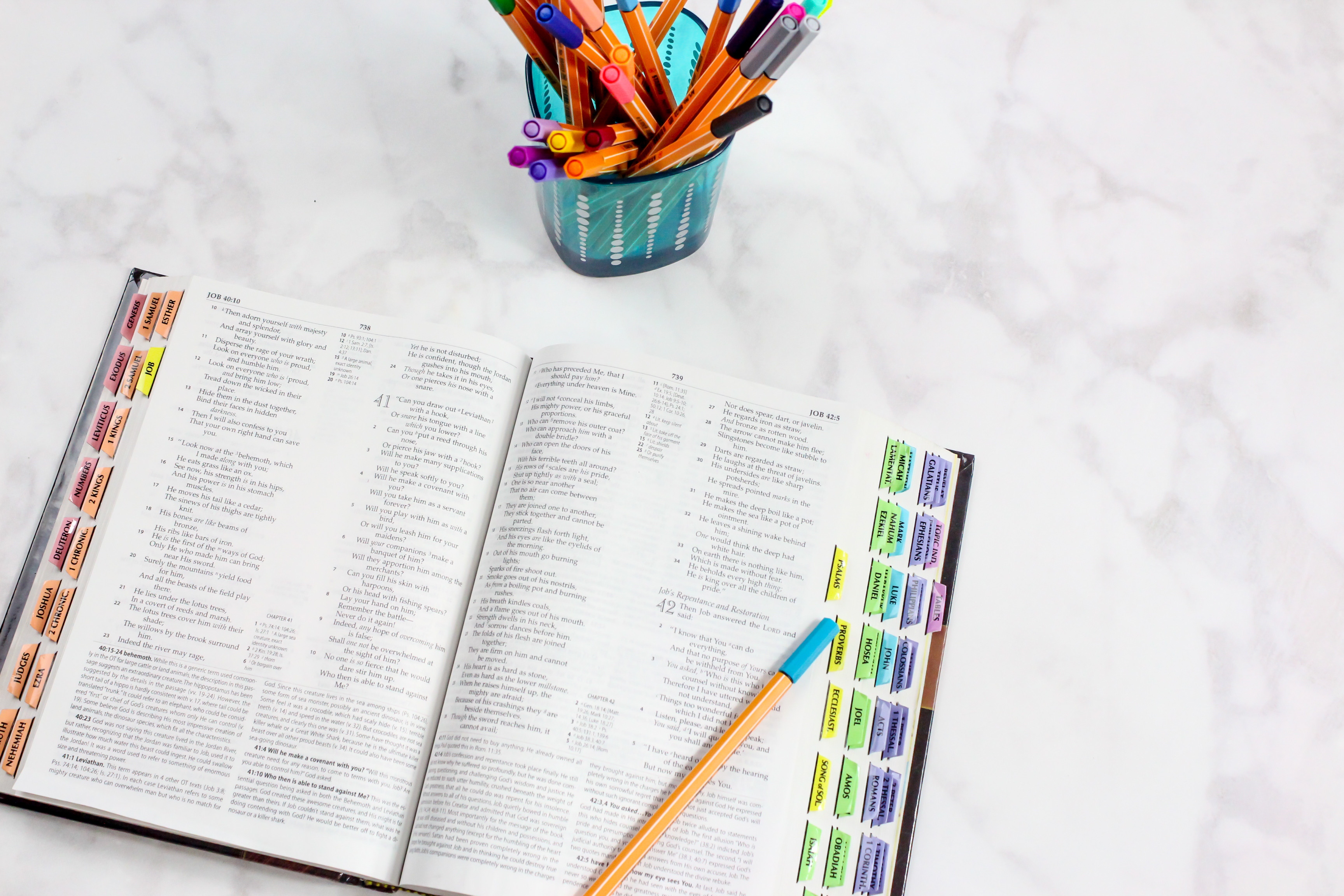 Signup here for your free worksheet on setting spiritual goals! 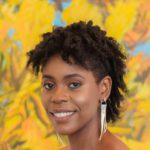 Welcome to Scriptural Gems! I started this blog to help step families benefit from the practical advice that the Bible gives. The spiritual gems found in the Bible can help anyone overcome life’s daily challenges!

Hey Stepmama! Do you want to be more intentional with your prayer life?

Here’s a FREE prayer journal made by a stepmom for the unique challenges stepmoms face!
FREE Prayer Journal for Stepmoms 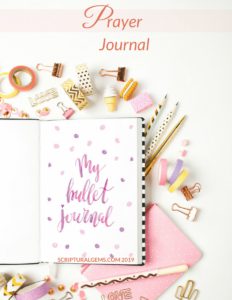 Which Bible Gems Are You Digging For?

What does Proverbs 31 mean for the 21st Century wo

The Proverbs 31 woman is inspiring for some Christ

This error message is only visible to WordPress admins

Sign up for Biblical inspiration, freebies, and other email goodies just for Christians.